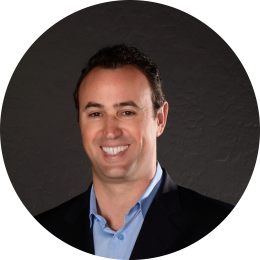 Craig Weiss is an entrepreneur, inventor, patent attorney, published author, and historian. Craig is the Founder, President & CEO of Aladdin Dreamer Inc., a technology company whose mission is to make your dreams what you want them to be.
Prior to Aladdin, Craig oversaw NJOY, Inc. the world's largest independent electronic cigarette and vaping company as President from June 2010 and later as CEO from April 2011 until October, 2014.  During his tenure as President & CEO, Craig raised $200M in capital, eventually achieving a valuation of $1 Billion.

A published author, Craig Weiss co-authored I Am My Brother's Keeper: American Volunteers in Israel's War for Independence 1947-1949, which features a foreword from Prime Minister of Israel Benjamin Netanyahu.  Craig is interviewed as one of the featured historians in a documentary based on his book and produced by Nancy Spielberg entitled, "Above and Beyond.”

Craig Weiss earned his law degree from Arizona State University and his bachelor’s degree in Philosophy from the University of Pennsylvania. A lifelong resident of Arizona, Craig is married with two children and resides in Paradise Valley, Arizona.