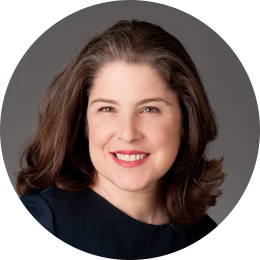 Rachel N. Davidson is the Director of Jewish and Israel Philanthropy at the Paul E. Singer Foundation. Prior to her current position, Rachel served as a Superior Court Judge in New Jersey for twelve years, where she presided over hundreds of trials on cases ranging from criminal cases to complex commercial lawsuits. A graduate of UCLA and Columbia Law School, Rachel began her legal career at Dewey Ballantine in New York, later moving to Hellring Lindeman Goldstein and Siegal, where she became a partner in 1993. In 1996 she helped found a new synagogue, Etz Chaim, in Livingston, New Jersey and in 2012 co-chaired the search committee for the synagogue’s new rabbi.

Rachel sits on the Board of the Frisch School and is a member of the Chairman’s Council of the Metropolitan Museum of Art. A mother of three, Rachel resides in Manhattan with her husband, Mark Fisch.