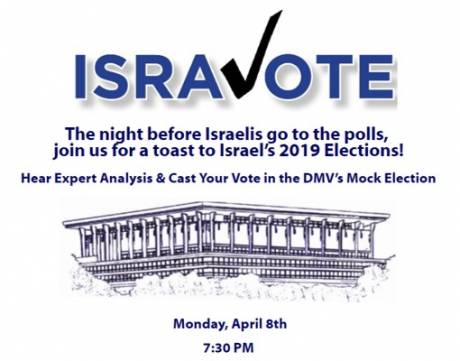 The night before Israelis go to the polls,
join us for a toast to Israel’s 2019 Elections!

Hear from experts about Israel’s unpredictable 2019 elections including the issues on the minds of Israelis, coalition scenarios, and how the outcome may effect the U.S.-Israel Relationship.

Be the first to hear the results of our community-wide election!