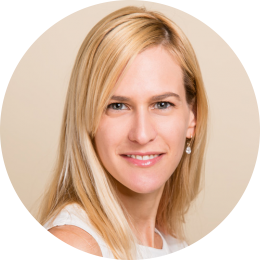 Aya Shechter was born and raised in Israel and is currently living in Los Angeles. She is the Senior National Operations Director of the Israeli-American Council (IAC). Before that Aya was the Regional Director of IAC New Jersey, and managed the Israeli Center at the Kaplen JCC on the Palisades in Tenafly, NJ. Aya is the Co-founder of EMEK, the largest Hebrew Language and Israeli Culture program in NJ. She served as a founding Vice-Chairperson of Moatza Mekomit New York, an umbrella organization for Israeli leaders in the Tri-state area. Prior to that role, Aya was the Chair and Executive Director of Dor Chadash in NYC, then the largest organization for young Israeli and American jews looking to create and maintain meaningful connections to Israel through culture, education and social action.

Aya has been involved in many Israel-related organizations and causes. Through her various lay leadership roles and professional positions in the Israel-related non-profit world, Aya gained the knowledge of the organized Jewish community, as well as the established and grass-root Israeli initiatives in the United States. She is the mother of Mylee, Liv and Levi, and the wife of Israeli-American Jonathan Shechter.