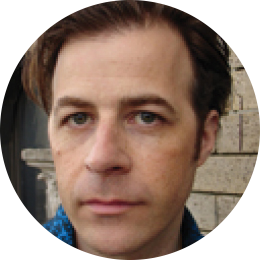 Israeli-American Composer and a Multidisciplinary Artist

Yoav is an Israeli-American composer and a multidisciplinary artist.
He is the creator of operas such as Moshe, a biblical hallucination
about the youth of Moses, a “compellingly idiosyncratic meditation”,
which is “among 2012’s best new opera productions”, according to
the New York Times; 3WEEKS (2013), about the fall of Jerusalem
in 67AD, hailed by the The NY Times as “truly fresh” The DWARF
(2003 and 2012), an “indie opera” staple; Bit by Bit, Cell by Cell, a
virtual opera, and others. Venues and commissions include the NY City Opera, Bang
on a Can, the Whitney Museum of New York, Vertical Player Rep among others. He
is currently developing a children’s musical based on the classic Israeli story Hanna’s
Shabbat Dress.