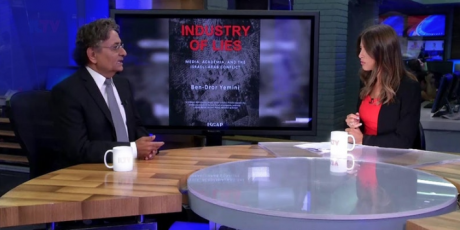 IAC NY invites you to a talk with the top Israeli Journalist Mr. Ben Dror Yemini, author of his bestseller book, “Industry of Lies”. Mr. Yemini will discuss Myths & Facts regarding the Israeli-Arab conflict and the BDS campaign and its objectives.

Ben-Dror Yemini is a senior journalist with the Hebrew daily Yediot Ahronot who conducted much research about anti-Israeli propaganda.

His latest best-seller, THE INDUSTRY OF LIES (was published in Nov. 2014, and is about to be published in English and French. Yemini gives lectures at a lot of leading universities and parliaments. His articles are published in many leading newspapers around the world.

Yemini was a peace activist for many years, he supports the two-state solution, he opposes the settlements’ expansion and argues that the anti-Israeli propaganda is becoming a real threat to the free thought and to the freedom of speech, and one of the biggest obstacles to reconciliation and peace