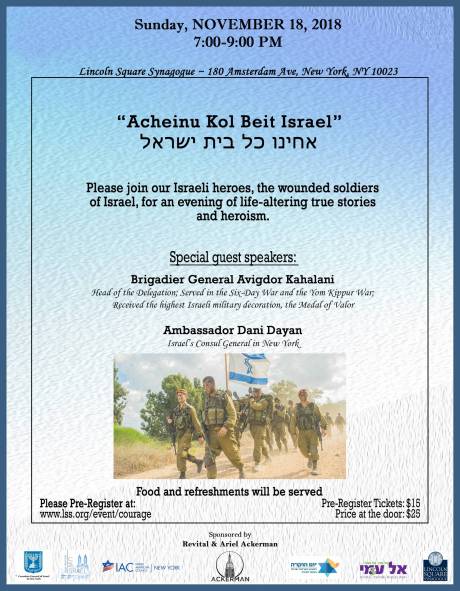 We invite you to join our Israeli heroes, the wounded soldiers of Israel for an evening of life-alerting true stories and heroism.

When the Yom Kippur war broke out in1973, over 1400 Syrians tanks poured into the Golan Heights. Opposing them were just 170 Israeli tanks led by Lieutenant Avigdor Kahalani. At first, the Syrians seemed poised to push into the Jordan Valley. Over several weeks of intensive fighting and suffering horrendous casualties, IDF managed to hold of the Syrian attack and eventually pushed them out of the Golan.

For this bravery in the battlefield, Kahalani was awarded the highest military medal that Israel can bestow the Medal of Valor (עיטור הגבורה)