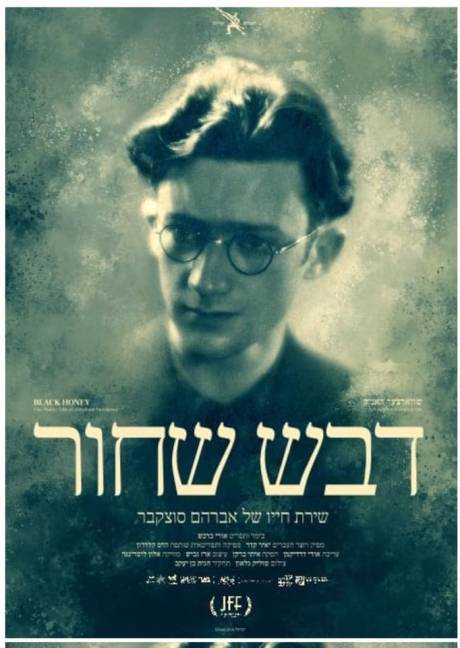 As long as Abraham Sutskever lived, he wouldn't let a film about his life be made. Today, eight years after his passing, Black Honey tells the incredible story of the greatest Yiddish poet of modern times. The man who led the Paper Brigade underground movement that saved Jewish manuscripts from the Nazis, survived the WWII due to Stalin sending him a private rescue plane, testified in the Nuremberg Trials, and immigrated to Israel in 1947 where he led Yiddish culture, while writing in astonishing vitality.

8:00 Movie screening followed by a discussion

The IAC Cinematec was founded by Dr. Etti Inbal, to introduce Israeli films, film makers, and daily life in Israel to US public. The goal is to create a community of Israeli and American films’ fans and to encourage a dialog between them. The films will be screened with English subtitles. A guest speaker (Director, Actor, or a film professional) will discuss issues related to the film in English.

Please get your tickets in advance. Tickets at the door are $17.