Hollywood Success Story: Cartoons, Emmy's & the Most Famous Yellow Family In The World 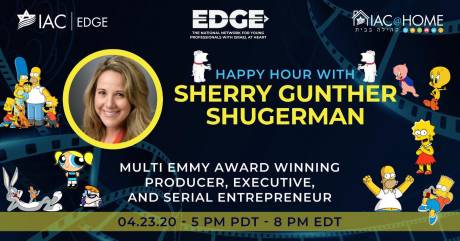 Are you a family guy or The Simpson’s fan? Do you know every episode of Dexter’s Laboratory?

Grab a drink and join us for a Happy Hour with multi Emmy award-winning producer, executive and serial entrepreneur Sherry Gunther Shugerman.

Sherry Gunther is an American producer known for her work in animation. Aside from her lucrative career as an animation producer and media executive, Sherry also became a serial Entrepreneur in 2007, founding companies in digital media content, social gaming, toys, and multi-platform brands. Sherry is currently Founder/CEO of POPmedia Brands, Inc. a media company focusing on creating developing and producing media brands anchored in television series and animation, with digital and toy extensions.

Sherry is also an adjunct professor at the University of Southern California, at the Marshall School of Business.