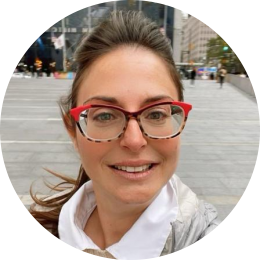 Naama has been a program manager of the Jewish Agency’s Shinshinim program in Southern California for the past three years. This program brings young Israeli men and women to California for a gap year before their military service in Israel, with the aim of strengthening the connection between the local communities and Israel. During this time Naama had the pleasure of getting to know and work with the wonderfully diverse Israeli and Jewish communities in Los Angeles and beyond.

Born and raised on Mount Carmel, Naama has a deep connection to Israel and its nature and has worked for many years for the Israeli National Park Service. Before moving to the US, she was an educator and STEM leader in the Hebrew Reali school in Haifa, Israel, from which she also graduated.

Naama has a M.Sc. in science and science education from the Department of Neurobiology and Ethology in the University of Haifa, Israel.