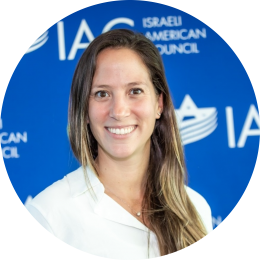 Chen is a seasoned entrepreneur and co-founder of multiple startups and has led several of her ventures to successful exits and acquisitions. In 2019, Chen was featured in Silicon Valley Business Journal's 40 under 40 as an individual to watch.

She led SimilarTech and ClicksMob's rapid business growth from the ground-up, beginning as self-funded startups to becoming thriving and profitable companies. In 2015 ClicksMob was ranked number 28 in Forbes Magazine's list of America's Most Promising Companies.

In addition, she is currently engaged in multiple consultancy projects involving among other things a large clean tech fund interested in diversity, as well as israeli startups looking to expand to the US

Chen is passionate about giving back to others and mentors female entrepreneurs, particularly mothers, in achieving their goals while maintaining a happy family life.