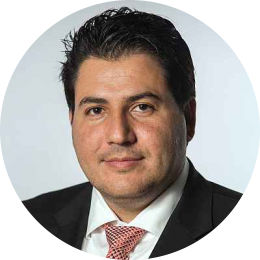 As former CEO of Nation-E, a global leader in Critical Infrastructure Cybersecurity, Idan Udi Edry brings business and product leadership in the security industry and a proven track record for generating growth in the IIOT, energy, communication, and security arenas. Growing the company from its early stages since 2011, and through his roles as CIO and later CTO, he led the company through its first global commercial partnership with IBM and Checkpoint, defined roadmaps and short and long term strategies, and executed global expansion, now operating in the US (New York City and Silicon Valley CA), Israel, and Europe (Germany and Poland)

Prior to joining Nation-E, Idan Udi Edry headed the advanced data security solutions at Pelephone Ltd for four years, a leading Israeli mobile and telecommunication provider, where he orchestrated, integrated, and deployed large scale data and security projects, becoming the dedicated point of contact  for leading businesses and government agencies. Earlier in his career Idan Udi Edry served nine years as an Air Force Officer. In his capacity as telecom and data officer and his service at the special communication intelligent unit, he led 200 soldiers and officers, designed and operated a wide array of telecom infrastructure for encrypted data, and oversaw the operational communication of the entire Israeli Air Force.

Presently the CEO of Trustifi, a market leader company in Emails, network and data encryption services based in Las Vegas, NV.

Among his many other roles, he served as Principal of technology investment in several family offices.

In addition to his BA in management and economics, Idan Udi Edry is certified by the world's most renowned IT and Telecommunications institutes, including Cisco Systems, Ericsson, Elbit Systems, Nortel, Telrad Networks, and Gilat Satellite Networks.

As an innovative leader in the cybersecurity space, Idan Udi Edry is a sought after speaker, frequently invited to leading industry events and academic institution, including: Cyber Security Summit US, IBM Security events, NYIT Cyber Security conference, and Cybertech Israel.