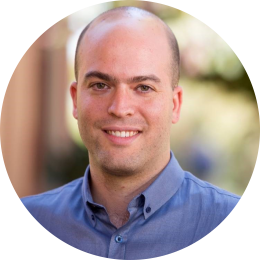 Yonatan Winetraub is the co-founder of SpaceIL, a $100M Israeli non-profit organization that attempted to land Beresheet, the first private interplanetary robotic mission, on the Moon on April 11, 2019. This historic achievement made Israel one of only seven countries to orbit the moon and reach the lunar surface. SpaceIL is currently planning its next mission into space.

A key goal of SpaceIL is to inspire the next generation of space researchers and to promote STEAM (Science, Technology, Engineering, Arts, and Mathematics) education and scientific exploration. To date, SpaceIL has reached over one million children.

Yonatan has spoken about space technology and radical shifts in the space industry to audiences all over the world. Yonatan is currently a Ph.D. candidate and Bio-X Bowes fellow in Biophysics at Stanford University where he is studying a method to interpret and intercept cancer cell communication. In addition, he was part of the International Space University Program at NASA studying the creation of colonies on Mars utilizing shelter and water from Martian lava caves.

Yonatan has a Master’s degree in Electrical Engineering and also studied Computational Neuroscience at Tel Aviv University where he focused on how regions in the brain collaborate to create our emotions. He has published many papers in the fields of neuroscience, cancer imaging and aerospace engineering.