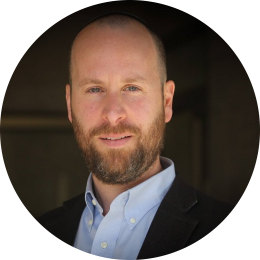 He is also the co-author of "Weapon Wizards - How Israel Became a High-Tech Military Superpower” and “Israel vs. Iran: The Shadow War”. “Weapon Wizards” has been published in English, Hebrew, Czech and Polish and will come out in Chinese in 2020.

Katz served for close to a decade as the paper's military reporter and defense analyst and was a lecturer at Harvard University where he taught an advanced course in journalism. He also served as Israel correspondent for Jane’s Defence Weekly for five years.

Prior to taking up the role of Editor-in-Chief, Katz served for two years as a senior policy adviser to Israel’s Minister of Economy and Minister of Diaspora Affairs.

In 2013, Katz was one of 12 international fellows to spend a year at the Nieman Foundation for Journalism at Harvard University.

Originally from Chicago, Katz also has a law degree from Bar Ilan University. He lives in Jerusalem with his wife and four children.