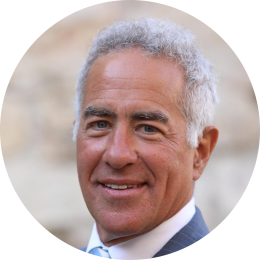 Since making Aliya in 2016, Sylvan has devoted himself to serving his adopted country, as his calling card reads: "Self-appointed Ambassador at large for the State of Israel". Sylvan is the only Israeli member of the Giving Pledge, an organization begun by Warren Buffet together with Bill and Melinda Gates for billionaires committed, as signers of the “Pledge”, to giving away the majority of their wealth to philanthropic pursuits.

Sylvan’s philanthropic investments are focused on two themes:
1. Promotion of Israel both abroad and internally, through innovative, non-polemical means, such as sport and cultural activities.
2. Promotion of Jewish Identity in the diaspora, or as he likes to call it “ensuring Jewish grandchildren”.

Sylvan’s tagline, when asked what his next project will be is “JUST. GETTING. STARTED.”