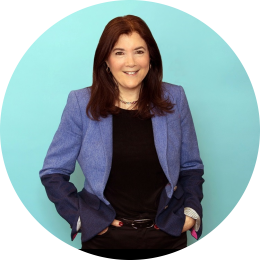 Roz Rothstein is the co-founder and CEO of StandWithUs. The daughter of Holocaust survivors, Roz was a family therapist for over two decades in the state of California before helping to co-found StandWithUs.  Rothstein and her husband Jerry, along with community activist Esther Renzer, sought to empower  Israel’s supporters worldwide through innovative educational materials, conferences, fellowships, campaigns, missions to Israel, social media, educational videos, and programs.  StandWithUs has grown significantly in only 17 years and now has 18 offices on 5 continents around the world, educating people of all ages and faiths, and fighting the newest forms of anti-semitism.  Roz hosts a weekly TV show on JLTV every Tuesday night about Israel related issues.  Since the inception of StandWithUs, The Forward Magazine has twice named Rothstein one of the 50 most influential Jews in America, and in 2011 and again in 2016, the Jerusalem Post named her one of the 50 most influential Jews in the world.