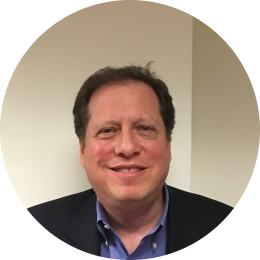 Rabbi David Gedzelman is President & CEO of The Steinhardt Foundation for Jewish Life, which is dedicated to revitalizing Jewish identity through educational and cultural initiatives as well as to advocating for and supporting Hebrew and Jewish literacy among the general population. David has been actively involved in the Foundation’s programs since 1995, when he was recruited to conceive and develop Makor in New York City. As the Founding Creative and Rabbinic Director of Makor, David created and led a cutting-edge venue for New Yorkers in their 20s and 30s, providing innovative arts, cultural and educational programming aimed at engaging an under-involved population in possibilities of Jewish life and meaning.

Rabbi Gedzelman was the lead professional at the Foundation working on the conceptualization, design, and implementation of Hebrew language public charter schools, which the Foundation has played a founding role in supporting since 2007. Rabbi Gedzelman’s passion for the Hebrew language and his deep commitment to inter-group understanding as well as supporting integrated and diverse public schools suited him well for this project which now encompasses a network of twelve schools nationwide overseen by Hebrew Public: Charter Schools for Global Citizens, a grantee of the Foundation. David has been a champion of Hebrew fluency and literacy in North America and is a founding member of the World Zionist Organization’s Council on Hebrew Language and Culture in North America.

Rabbi Gedzelman holds a B.A. from Hamilton College, an M.A. from Duke University in Comparative Religion, and Rabbinical Ordination from the Reconstructionist Rabbinical College. He has studied in Israel at the Hebrew University and at the Pardes Institute. He serves on the Boards of The American Pardes Foundation, One Table: Shabbat Together, and 70 Faces Media. Rabbi Gedzelman lives in Harlem, New York City, with his wife Judith Turner and their three children, Nomi, Anina and Ziv.