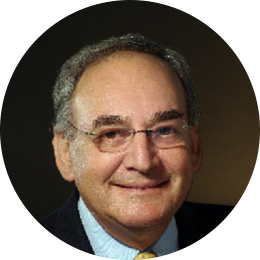 Prof. Zeev Rotstein joined the Hadassah Medical Organization after a long and distinguished career at the Chaim Sheba Medical Center at Tel Hashomer, where he began as a senior cardiologist in 1977 and served as its Director General from 2004-2016. He was the Director of Sheba's Acute Care Hospital from 1999 to 2004 and its Deputy Director from 1988 to 1999.

Born in Haifa, Prof. Rotstein graduated from the Sackler School of Medicine at Tel Aviv University where he continued on to do his internship and residency in the Chaim Sheba Medical Heart Institute. He received his Masters of Health Administration (MHA) from the Leon Recanti Graduate School of Business Administration at Tel Aviv University and was certified by the Israel Ministry of Health as a specialist in Health Systems Management. Additionally, he has held fellowships at the New York Department of Health, Tufts University and Johns Hopkins Medical Center School of Hygiene and Public Health.

Prof. Rotstein is a highly sought-after lecturer having taught at Bar Ilan University, Tel Aviv University and The Academic Center for Law and Science, where he continues to coordinate and teach courses in the Health Systems Management program. As an academician, Prof. Rotstein is an Associate Clinical Professor who has published more than 100 articles in peer-reviewed journals.

In June 2016, Prof. Rotstein was named an Honorary Fellow of the Interdisciplinary Center Herzliya (Israel) in recognition of his creativity, persistence and significant contribution to public health in Israel, to medical research and to medical education. In May 2017, the University of Nicosia conferred the degree of Doctor of Science, Honoris Causa upon Prof. Rotstein, for his outstanding contribution to science, education and patient care.