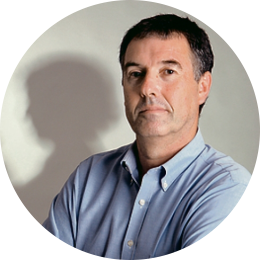 Professor Shain is the author of Israel’s bestseller The Israeli Century and the Israelizarion of Judaism (forthcoming in English by 2020). Izak Herzog, Head of the Jewish Agency, called the book “revolutionary: the most important book on Jews and Israel in recent decades”. Shain earned his Ph.D. in Political Science (with distinction) from Yale University. He holds a dual academic career: At TAU he is The Romulo Betancourt Chair in Political Science and serves as Head of the School of Political Science, Government, and International Affairs. At Georgetown University he is Full Professor of Comparative Government and Diaspora Politics (Emeritus) and Founding Director of the Program for Jewish Civilization.

In 2007 he served (pro-bono) as President of the Western Galilee College and from 2016 to 2019 served on Israel's Council of Higher Education (VATAT), where he Chaired Israel's National Committee for rejuvenating the humanities.

Shain has written and edited nine books. Some won prestigious prizes. He also writes for the op-ed page of Israel's daily Yediot Achronot, and contributed essays to Ha'aretz, Jerusalem Post, The New York Times and The American Interest. He also provides commentaries to Israeli TV and Radio, and appeared many times on CNN, ABC, NBC, Fox, BBC, CNBC, PBS, Al Jazzira, NPR, and The News Hour.

Shain held visiting appointments at Yale University, Wesleyan University, the Fletcher School of Law and Diplomacy and Middlebury College. He was a Senior Fellow at St. Antony's College, Oxford University, a Research Fellow at Center for International Studies at Princeton University, and a visiting Professor at the Sciences Po, Paris.

Shain served as advisor to Israel Foreign Minister and to the Chief of Staff of the IDF. He also consulted businesses, governmental agencies and NGO’s in Israel, the US and other countries, and worked with research groups attached to the United Nations. Shain served many committees related to Foreign Policy, Diaspora and migration policies, security and human rights, and The Jewish World and lectures around the world.  His scholarly awards include the American Political Science Association's Helen Dwight Reed Award, (for best doctoral dissertation in International Politics); International Fulbright award and Israel's Allon Fellowship for distinguished young scholars. He was honored as the David and Goldie Blacksteen Lecturer in Jewish Ethics at Yale Law School, and as Olin Lecturer at the Harvard Lecturer Academy. He also received fellowships from the Social Science Research Council and other American, Swiss, French and German foundations, and held (for 3 years) the Aaron and Cecile Goldman visiting Chair at Georgetown's Department of Government.