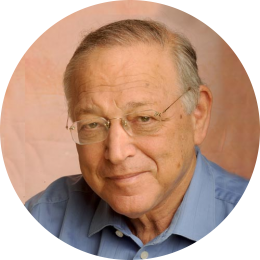 President and Founder of the Interdisciplinary Center (IDC) Hertzelia

Prof. Reichman served in the paratroopers of the Israel Defense Forces from 1960 to 1963, earning the rank of lieutenant. As a commander in the IDF Reserves, he fought in the Six Day War, War of Attrition and Yom Kippur War. After his brother, Gad, fell in battle in the Yom Kippur War, he was transferred to a non-combat unit and served as the president of a military land tribunal, with the rank of major.

Prof. Reichman received both LL.B. and LL.M. (1967) degrees with honors from the Faculty of Law at the Hebrew University of Jerusalem. He earned his doctoral degree in law (J.S.D.) at the University of Chicago Law School (1975).
From 1985 to 1990, he served as the dean of the Faculty of Law at Tel Aviv University. In 1990, he founded the Ramot Mishpat Law School, the first private college of its kind in Israel not subsidized by the government, and led it until 1995.
In 1994, Prof. Reichman founded the Interdisciplinary Center (IDC) Herzliya, the first non-profit private institution of higher education in Israel. He has served as its president from its establishment to date, with the exception of only one year (2006).