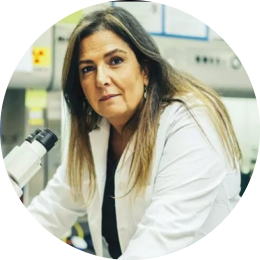 Marcelle Machluf is full professor and dean of the Faculty of Biotechnology and Food Engineering at the Technion Haifa Israel. She also was the Deputy Executive Vice President for Research for the Pre-Clinical Research Authority and the head of the Interdisciplinary Biotechnology Program at the Technion. Marcelle Machluf holed a PhD degree from the Faculty of Chemical Engineering the unit of Biotechnology, Ben Gurion University Bear Sheva, in Liposomes and polymer delivery for vaccines development. Prof Machluf had a post-doctoral fellowship of five years experience in drug delivery, gene therapy and tissue engineering in Harvard Medical School, Boston MA, US.  Professor Machluf laboratory focuses in developing scaffolds for tissue engineering of the heart, blood vessels and pancreas. The focus is on natural isolated extracellular matrix (ECM) scaffolds, which are modulated injectable, microcapsule or other 3D platforms.  Prof Machluf has an Adjunct Professor position in the prestigious School of Material Science Engineering (NTU, Singapore as well as a laboratory and a leading tissue regenerative project of 15M$ sponsored by the government of Singapore. Her group, which consists of 12 PhD students, 3 postdoc and 2-research assistances, also focuses in developing and engineering nano-drug and gene delivery platforms for cancer therapy.  Professor Machluf has published more than 80 papers (among which Nature Biotec, Nano Letters, Cancer Research, J of Controlled Release) and chapters in books. She has also 7 patents in national phase and 2 international approved ones in the field of drug delivery and tissue engineering. Prof Machluf is on the editorial board of several journals among which are Scientific Report Controlled release and Tissue Engineering and part of the Minerva Programe Committee, under the Max-Planck Institute (Germany). She is currently the President of the Israeli controlled release society.

Prof Machluf has received also several scientific awards such as Alon Award for excellence in science, the Gutwirth Award for achievements in the gene therapy field, Recipient of the Hershel Rich Innovation Award, the Juludan Prize for Outstanding Research and holds the Cathedra of WD Irving & Adele Rosenberg career development chair as well as the Cathedra of Benno Gitter & Ilana Ben Ami Chair in Biotechnology. She also received social awards among which is the ISEF award for major educational contribution to the society. Her work and discoveries in the drug delivery field such as the Nano Ghost delivery system was selected by the Israel Ministry of Science and Technology as one of Israel’s sixty most impactful scientists for developments in the field of advanced cancer therapies.  She was also chosen to light the torch for the 70th independent year of the state of Israel. Recently Lady Globes Magazine selected her as the Women of the Year (2018).