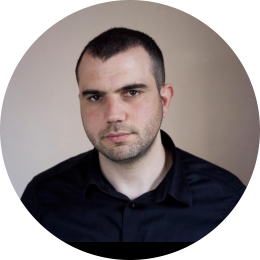 Omri was born in Jerusalem and started to work as a journalist at a young age in a Jerusalem local paper as a high school student. Later, he served in a combative unit both on active duty and in the reserves.

He covered the Knesset for six years, most of the time as Walla News' Political Correspondent. In 2016, ahead of the presidential elections, he was appointed as Washington Correspondent.

In March of 2019, he joined the Jerusalem Post, where he is covering US-Israel relations. Omri is focusing on Israel-related legislation on the Hill, the White House peace team, and different Jewish organizations that are active in the pro-Israel community.

He holds a BA in Journalism and International Relations from the Hebrew University in Jerusalem.