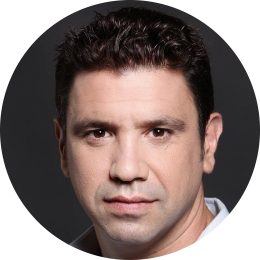 Omri Assenheim is a correspondent and investigative filmmaker for UVDA, a weekly investigative and documentary program on Israeli TV, Channel 2 (the Israeli "60 Minutes").  He began his career working as a print journalist at Ha’ir and later at Ma'ariv, where he specialized in investigating the Israeli Defence Forces (IDF).  During his first year at UVDA, Assenheim became the youngest recipient of the Sokolov Award, the highest award for outstanding journalism in Israel, for his investigative reports on a classified IDF experiment carried out on soldiers in an attempt to develop an anthrax vaccine.

In November 2012, Assenheim’s first book, TZE'ELIM, was published, revealing an Israeli plan to assassinate Iraqi ruler Saddam Hussein and the resulting political-military scandal. The film he directed based on his book won a gold medal at the New-York Festivals World's Best TV & Films 2014.

In 2016, Assenheim's groundbreaking investigative-documentary about a man whose two wives had died mysteriously 15 years apart led to the reopening of a police investigation and ended with a double-murder conviction. Later in 2016, Assenheim published his second book CATCHING A MURDERER to articulate this story. The same year, his piece about the National Institute of Forensic Medicine prompted the State Prosecution Ombudsman to publish a special investigation report. This year, Assenheim's investigative piece about the former head of the Shin Bet, Jaacob Peri, revealing dishonesties about his military service, led to Peri's immediate resign from the Israeli Knesset.

Assenheim is married to Inbal and is the father of four boys.