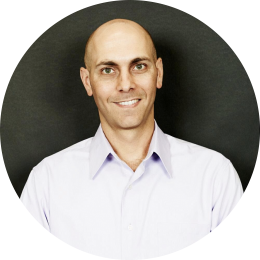 In 2010 Oded’s daughter was diagnosed with a rare and aggressive type of cancer at the age of 9 months. The family’s journey to save her life took them across the world through uncharted territories with very little information to lean on.

Following his experience, Oded started theMyChildsCancer.org information portal to share the unique knowledge Oded had gathered during his journey to save his daughter’s life with other parents who just started their own difficult journey with pediatric cancer. Parents started calling in for advice and support and that’s how today the organization features a team of 15 staff members as well as hundreds of volunteers across the U.S and Israel, finding life-saving information for ~60 children a year. In 2012 Oded ran a 60K run in NYC to raise awareness for his charity.

In his day-job, Oded is a senior business s executive who specializes in international business development. For the past 20 years, Oded has been working mainly with Israeli technology companies on scaling in the U.S. Between 2010 and 2016, Oded was appointed by the Israeli Government as the head of business development for Israel’s High-Tech industry in the U.S, serving as the Deputy Economic Minister to North America.

Oded has B.A in International Relations from the Hebrew University of Jerusalem, Israel, and speaks 5 languages. He has two daughters, one of them is a childhood cancer survivor.