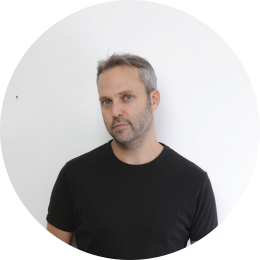 Niv Shtendel is an editor, a writer and a content creator at mako – one of Israel’s biggest news websites. he is writing for the website and its magazine, covering mostly political and cultural issues. He has been the editor of the election channel during the last two legislative elections in Israel. Shtendel is also the creator and editor of BOLD – a series of short videos which bring the personal stories and opinions of Israeli people, on a wide range of social issues, to the screen.

Shtendel began his career in the media in 2006 as a film critic for Maariv newspaper. Later he wrote for several other newspapers and websites, until he started working as an editor for Blazer (Israel’s biggest men’s magazine). Afterwards he worked as a writer for Haaretz. In 2014 he joined mako as the culture editor. later he was appointed opinions editor, and finally special projects editor.

Shtendel is also a visiting lecturer at Ben Gurion University, and he is creating a tv show for Keshet Broadcasting