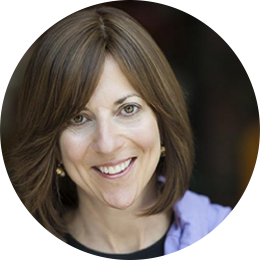 Lori Palatnik is a writer and Jewish educator, who has appeared on television and radio, and is the author of several books. including her latest, “Turn Your Husband Into Your Soul Mate”. She is a much sought-after international speaker, having lectured in the U.S., Canada, Mexico, U.K., Central America, South America, South Africa, Europe, Russia and Israel, including featured talks at Yale, Brown and Penn. She lives in the Washington, D.C. area with her husband, Rabbi Yaakov Palatnik; and is a regular speaker on Capitol Hill. Lori is the Founding Director of The Jewish Women's Renaissance Project, an international initiative that has brought over 15,000 participants to Israel, since 2009 from 26 different countries, on highly subsidized programs to inspire them with the beauty and wisdom of their heritage. She is the busy mother of five children; and her son, Zev, served as a sharpshooter in the IDF. In 2014, Lori was named as one of the ten “Women to Watch” by Jewish Women International, in recognition of her contribution to Jewish women throughout the world; and Hadassah recently named Lori as one of the “Most Outstanding Jewish American Women of Our Time.”