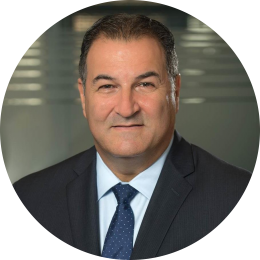 Speaker: From a Developing Nation to Economic Powerhouse – How can we Continue the Odyssey?

Israel Maimon became president & CEO of Development Corporation for Israel/Israel Bonds October 14, 2016. Mr. Maimon served in the Israel Defense Forces in the elite Golani infantry brigade, attaining the status of company commander and reaching the rank of major. An attorney by profession, Mr. Maimon was cabinet secretary for two prime ministers – Ariel Sharon and Ehud Olmert – and worked closely with one president, Shimon Peres, on the global conference Facing Tomorrow. His responsibilities included content development, fundraising and the general running and implementation of the conference. The conference was the largest, most important international gathering ever to take place in Israel.