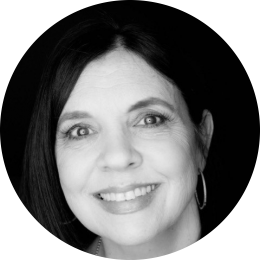 Board Member, Families of Lone Soldiers, (FLS) & a Proud Activist for Israel

Evie Steinberg was born and raised in Los Angeles, California.

Evie had no connection to Israel until her oldest son, Max, joined the IDF as a Lone Soldier in the renowned Golani Brigade. Tragically, Max was killed-in-action during “Operation Protective Edge” (2014).

Evie’s first trip to Israel was regrettably for her son’s funeral, which became one of the largest funerals in Israel’s history. An estimated 30,000 congregated at Mount Herzl, in a remarkable display of solidarity and togetherness.

Since then, Evie has become a proud and vocal activist for Israel. Numerous Jewish and Israeli organizations regularly ask Evie to speak about her experiences in both Israel and the United States.

Today, Evie is devoted to helping other lone soldiers and their families. She is an active board member for the non-profit “Families of Lone Soldiers,” where she is recognized as a crucial voice for the organization.

Evie’s beloved Max, is not her only source of inspiration. Her son, Jake, works for AIPAC in Los Angeles, and her youngest, Paige, resides in Tel Aviv. This year she will receive her Masters Degree in Psychology at IDC Herzliya.

Evie is pleased that IAC invited her to share a few words this evening.