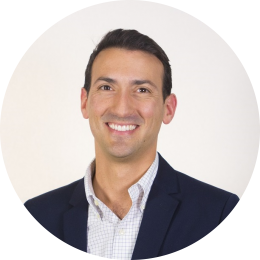 Elkana was born and raised in Jerusalem to parents who grew up in Los Angeles. After completing his army service in the IDF elite reconnaissance unit, he began his career as a tour guide, sharing his passion for Israel with travelers of all ages and backgrounds. Elkana is also passionate about Holocaust education, guiding educational groups to Poland. After spending five years on the road, Elkana took on the new challenges, directing the IBC gap year program and leading new business venture.

Elkana currently serves as the Director of Shalom Corps

He believes that positive social change is a change that can only come when individuals challenge today's reality and come together to offer an alternative on both a personal and a global level.  As an entrepreneur, Elkana has been involved in exciting projects including founding the Israeli Educational Tour-Guide association and the Kol Ami leadership Academy. His focus on community building, social awareness, humanities and Jewish identity has led him to lead educational programs for students and adults from over 20 countries.

Elkana currently resides in Rockville with his wife and two daughters.