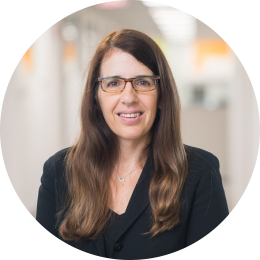 Dr. Shacham founded Karyopharm in 2008 and has served as the Chief Scientific Officer and President of Research and Development since December 2012, as the Chief Scientific Officer and Head of Research and Development from October 2010 to December 2012 and as the President and Chief Executive Officer from October 2010 to January 2011. Dr. Shacham has led the scientific progress since inception.

Prior to joining Karyopharm, from 2000 to April 2009, she was Senior Vice President of Drug Development at EpixPharmaceuticals, Inc., which underwent liquidation proceedings in 2009, and Director, Algorithm and Software Development at Predix Pharmaceuticals Inc. which merged into Epix Pharmaceuticals in 2006, where she led the company’s efforts in GPCR modeling, computational chemistry, lead optimization and development of clinical trials. Dr. Shacham received her B.Sc. in Chemistry, Ph.D. of Philosophy and an M.B.A. of Business Administration from Tel Aviv University.