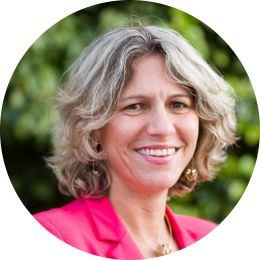 Her areas of expertise are patient safety, quality of care, and process improvement. After earning a master’s degree in health administration from Tel Aviv University, she worked at the Center of Excellence for Patient Safety Clinical Research and Practice at Brigham and Women’s Hospital and Harvard Medical School. During her three years there, she also served as a senior consultant on optimizing patient flow and resource utilization in the operating room, catheterization lab, and emergency department at Boston University’s Management and Variability in Healthcare Delivery Program at Boston University and Patient Flow Technology, a leader in health care performance improvement, as well as other hospitals throughout the USA.

Upon her return to Israel in 2008, Dr. Levtzion-Korach served as Deputy Director of Assaf Harofeh Medical Center, where she held numerous responsibilities. In June 2012, she was appointed Director of Hadassah Mount Scopus Hospital, becoming the first woman to ever lead a Hadassah Hospital. After a very successful five-year term, in September 2017, she was appointed Director-General of Assaf Harofeh Medical Center, once again, Israel’s first woman to lead a governmental hospital.

She is married to Dr. Amit Korach, a prominent heart surgeon, and is a mother of four sons. She lives in Jerusalem.