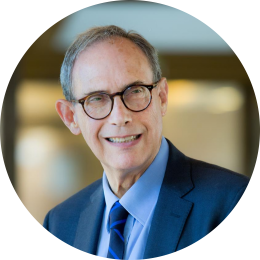 Dr. Nachman Shai is an Israeli Institute Visiting Professor at Emory University, he has been  Member of Knesset for the past 10 years.

Prior to his election to the Knesset, Nachman has held diverse positions in the military, the media, the diplomatic and public arenas. These include: Senior V.P. and Director General, Israel, UJC (United Jewish Communities of North America, known today as JFNA); Director General of the Ministry of Science, Culture and Sport; Israel Defense Force Spokesperson, with the rank of Brigadier General, Commander and Editor in Chief, Galei Zahal; Communications Advisor to the Minister of Defense Yitzhak Rabin and Moshe Arens; Director General of the Second Television and Radio Authority; Chairman of the Board of Directors of Channel 2 News Company and Chairman of the Israel Broadcasting Authority (IBA). He has served as press secretary of the Israel Mission to the UN in New York, press advisor to the Israeli Embassy in Washington and has worked as a reporter in the print and electronic media.

Nachman Chaired the Israel-Germany Parliamentary Friendship Group and is Head of the Knesset Delegation to the IPU (International Parliamentary Union). In 2013 he published his first book "Media Wars". The book deals with the development of the new public diplomacy and its place in the battle between states and terrorist and guerilla organizations.

The book won the 2013 "Yitzhak Sadeh" Prize for military literature. In 2016 he published his second book "Caught in the Net", and in 2018 his third book “Hearts and Minds” Israel and the Battle for Public Opinion, the meeting point between the worlds of wars and diplomacy. And one of the first to discuss Israel's struggle with The BDS movement.