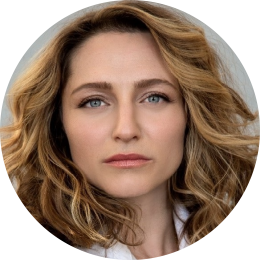 Brooke Goldstein is a New York City-based human rights attorney, author, and award-winning filmmaker. She serves as Executive Director of The Lawfare Project, a nonprofit organization dedicated to raising awareness about and facilitating a response to the abuse of Western legal systems and human rights law. Brooke is also the founder and director of the Children’s Rights Institute (CRI), a nonprofit organization whose mission is to track, spotlight, and legally combat violations of children’s basic human rights around the world. CRI has a special focus on the state-sponsored indoctrination and recruitment of children to become suicide-homicide bombers, child soldiers, and human shields.

Brooke’s first book, co-authored with Aaron Eitan Meyer and entitled Lawfare: The War Against Free Speech: A First Amendment Guide For Reporting in an Age of Islamist Lawfare, gives practical guidance to journalists who wish to speak truthfully about the national security threats faced by liberal democracies. The book is available here.

Brooke’s award-winning documentary film, The Making of a Martyr, uncovers the illegal, state-sponsored indoctrination and recruitment of Palestinian children for suicide-homicide attacks. Filming Martyr, Brooke secured firsthand interviews with active and armed members of the Al-Aqsa, Fatah, Islamic Jihad, and Hamas terrorist groups as well as with families of suicide bombers, children imprisoned for attempting to blow themselves up, teachers at terrorist-run schools, and others involved in the phenomenon of child suicide bombing. Martyr is currently broadcast on television stations throughout the globe and is ranked as IMDb’s seventh most popular title on the West Bank.

Brooke is a regular commentator on FOX News and has been featured in several media, including CNN, The New York Sun, Swindle Magazine, Defense Technology International, and on WABC News Talk Radio, and has been published in a variety of sources, including the New York Daily News, Commentary Magazine, The American Spectator, The Counter Terrorist Magazine, Special Ops Magazine, and others. She also hosts the television series Outspoken on Jewish Broadcasting Service (JBS).

Brooke is a seasoned public speaker and has lectured and taught seminars at numerous schools, including the Benjamin N. Cardozo School of Law, New York University, Berkeley University, Stanford University, and others. Brooke has also been invited to brief government officials at the U.S. State Department, the White House, the Pentagon, the U.K. Parliament, and U.S. Central Command on issues of asymmetric warfare and human rights.

Brooke is the 2007 recipient of the E. Nathaniel Gates Award for Outstanding Public Advocacy and the 2009 Inspire! Award bestowed by the Benjamin N. Cardozo School of Law, was listed in 2009 as one of “36 Under 36 Young Innovators” by the Jewish Week, formerly served as an adjunct fellow at the Hudson Institute, and is currently a Term Member at the Council on Foreign Relations, an associate fellow at the Henry Jackson Society, a Lincoln Fellow at the Claremont Institute, a member of the Scholars for Peace in the Middle East’s (SPME) Council of Scholars, an advisory board member of Belev Echad Charity, and a board member of The Mideast Reporter. She is also a recipient of The Blue Card’s 2016 The Irene Hizme Tikkun Olam Award, the UJA’s 2017 Defender of Israel award, and Belev Echad Charity’s 2015 Pillar of Courage award. In 2019, she was inducted into the Manhattan Jewish Historical Initiative’s (MJHI) Manhattan Jewish Hall of Fame.

From 2007-2009, Brooke served as director of the Legal Project at the Middle East Forum, an organization that arranges financial support for and pro-bono legal representation of persons wrongfully sued for exercising their right to free speech on issues of national security and public concern.

Canadian born, Brooke earned her B.A. from McGill University and received her J.D. from the Benjamin N. Cardozo School of Law. She also attended Columbia University and University of Toronto’s exchange programs.

In her role as Executive Director of The Lawfare Project, Goldstein incubated, provided the seed funding for, and founded the progressive Jewish organization Zioness. She coined the phrase, “Zionism is a progressive value.”