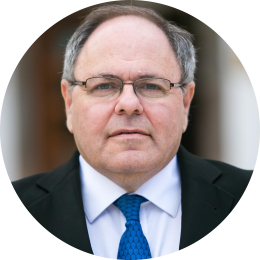 Amb. Dayan has established a reputation as an Israeli public figure, lecturer and entrepreneur. He served as Chairman of the Council of Jewish Communities in Judea and Samaria and as the Council’s Chief Foreign Envoy. In these roles, Amb. Dayan opened doors to the major seats of government worldwide and conducted regular meetings with foreign diplomats and journalists.

Amb. Dayan has been a regular commentator in the international press and was frequently called upon to participate in public debates and panels. He has contributed to the New York Times, The Boston Globe, The Guardian, CNN, BBC, Al Jazeera, and many more. In an August 2016 article about him, the New York Times called Amb. Dayan “articulate and charming, a lively and provocative conversationalist.”

Amb. Dayan began his professional career as an entrepreneur and businessman, founding high tech company Elad Systems in 1982 at the age of 26. He served for several years as its CEO and later as Chairman of the Board. In 2005, when Dayan sold his interests in the firm, it employed 500 IT professionals.

Before establishing his own information technology company Dayan spent seven and a half years in the Israel Defense Forces serving in the elite MAMRAM computerized data processing center, attaining the rank of Major.

Dayan holds a B.Sc. in Economics and Computer Sciences from Bar Ilan University and M.Sc. in Finance from Tel Aviv University. He is fluent in Hebrew, English and Spanish. Prior to taking up his position in New York, he resided with his wife and daughter in the community of Maale Shomron.