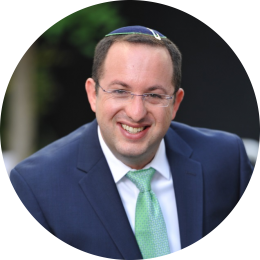 Zvika Klein is an award-winning journalist who lives in Jerusalem and works for Makor Rishon daily national newspaper covering Jewish Diaspora Affairs. He is currently also an adviser to Israel's president office and is establishing a community of Israeli opinion leaders that will focus on strengthening Israel-Jewish diaspora relations.

In 2015, Klein's article, titled "10 hours if fear and loathing in Paris" became viral, and his video, showing a 10-hour walk in Paris wearing a Kippah, received millions of views. He was mentioned as one of the Top "100 People Positively Influencing Jewish Life, 2015" by the Algemeiner Jewish American newspaper.

Zvika was born in Chicago and made aliyah as a child. He served as an IDF spokesperson during his army service and served as an Emissary for the Jewish Agency and World Bnei Akiva.