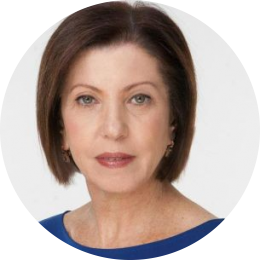 Galon started her political career in the 1980’s; she led the successful struggle against religious coercion in Petah Tikva, was secretary general of the Ratz party, co-founded and became the first Executive Director of B’Tselem- The Israeli Information Center for Human Rights in the Occupied Territories.
In the 1990’s Galon served as one of Mertz’s Co-Secretary Generals. Later on, Galon served as the Executive Director of the Tel-Aviv based International Center for Peace in the Middle East.

Galon was first elected to the Knesset in 1999 and is one of the Knesset’s most outstanding members, active and highly esteemed by the entire House. Galon served as head of the Meretz faction in the Knesset for a decade. Galon was a member of the main committees; the Foreign Affairs and Defense Committee and the Finance Committee. Galon founded and served as head of the Committee of Inquiry on the Trafficking of Women for seven years.
In 2012 Galon was elected Chairperson of Meretz and in the elections of 2013, under her leadership, Meretz doubled its number of mandates to six seats in the Knesset.
Since 2012, Galon was named as one of the 100 most influential people and one of the 50 most influential women in the Israeli economy by the Marker Magazine and by Lady-Globes.

During the 25 years of her public work, Galon has become a prominent leader of the pluralistic-democratic and peace-seeking camp in Israel. Her commitment to human rights, democracy, and the promotion of peace earned her numerous awards, including: the Carter-Menil Human Rights award given to B'Tselem Under Galon’s leadership; the National Council of Jewish Women's award for Advocacy of women's rights and promotion of gender equality; the Mahatma Gandhi Award for peace and reconciliation; the President and Prime Minister of Israel Award for work on human rights and the prevention of sex trafficking; the 2012 Ometz Award for social justice and women's rights; Honorary Member Award from the LGBT Community, and the 2014 Knights of Quality Government award by the Movement for Quality Government in Israel.

In the 2015 elections Meretz received five mandates and with Galon’s leadership is considered a particularly active opposition party.