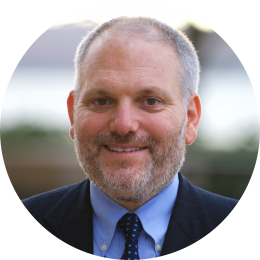 Senior Vice President for Public Policy and Director of the Washington Office, JFNA

William Daroff, Senior Vice President for Public Policy and Director of the Washington Office of The Jewish Federations of North America, was named by the Forward Newspaper as being among the fifty most influential Jews in America.
As the chief lobbyist and principal spokesperson on public policy and international affairs for the 151 Jewish Federations and more than 300 independent communities represented by JFNA, Daroff ensures that the voice of Jewish Federations is a prominent force in the Nation's Capital.

Daroff guides the Jewish community’s advocacy efforts on the Federation movement’s key domestic policy issues, principally on health and human services, such as Medicare and Medicaid, long-term care, and policies affecting older Americans, as well as homeland security programs and strengthening the capacity of charities to care for those in need.

In addition to his focus on domestic policy, Daroff is a key player in foreign policy circles – advising policy-makers and elected officials on Jewish communal concerns, namely those related to the US-Israel relationship, the Middle East conflict, and efforts to prevent Iran from developing a nuclear weapon. He is also a leader in the worldwide fight to combat the assault on Israel’s legitimacy, acting as a key steward of the Federation movement's Israel Action Network, and serving on both the steering committee of the Prime Minister of Israel’s global task force and the Conference of Presidents of Major American Jewish Organization’s working group.

Daroff is also a social networking pioneer and evangelist. He has twice been named by JTA as being among the top five most influential Jewish Twitterers in the world, and was named by the National Jewish Outreach Program as one of the top ten Jewish influencers in social media.