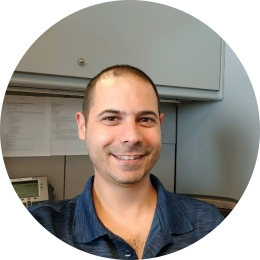 Born and raised in Jerusalem, Israel, Tomer is a former Captain in the IDF “Givati” brigade. His last role in the army was a company commander מ"פ-. At the end of his six years of military service, he followed his passion to specialize in the field of computer science and graduated at “Hadassah college” in Jerusalem with a bachelor's degree. He currently works at NICE Systems, an Israeli based company where he uses his enthusiasm for problem-solving, programming, mentoring and leading others, for more than 10 years already. Tomer’s current role is customer success manager.

More than six years ago, as part of his job, Tomer decided to relocate with his family to Denver Colorado to experience life in a different culture.

Tomer voluntarily serves as a CO-Chair of IAC Colorado regional council and is a member of the council from the moment of its establishment.
Together with his wife Adi and two children he created a home filled with love to Israel and to Jewish traditions.

They always look for new ways to endow the love for Israel culture. Besides being a big fan of his youth and hometown basketball team, Hapoel Jerusalem, He enjoys traveling, skiing and learning about new cultures and experiencing the outdoors.