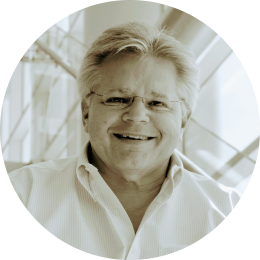 Ted Sokolsky served as President and CEO of UJA Federation of Greater Toronto, a position he held for eleven years up until he retired in 2014. Ted’s total tenure at the Toronto Federation extended over 30 years. During his leadership, Ted oversaw the extraordinary growth of the Toronto Federation as its Annual Campaign grew from $34 million in 1995 to $60 million today and overall revenues to over $120 million annually. That growth made Toronto the third largest Jewish Federation in North America, only behind New York and Chicago.

Ted also established the Federation’s Jewish Toronto Tomorrow Capital Campaign--a groundbreaking initiative that redeveloped Toronto’s Jewish community infrastructure over three campuses raising nearly $400 million to date. Ted’s work with the Israeli-Canadian community in Toronto was a key part of the Federation’s expansion north of the city where a new $180 million Jewish Community Campus has become a hub of the Israeli-Canadian community of Toronto.

Ted formed his own consulting firm, Teal Sky Consulting, in September of 2014 following his retirement as CEO. During that time Ted has been an active Senior Consultant with the Jewish Agency as well as working with Sephardi Voices International and iAID to name a few.

Beginning in September of 2018, Ted joined the Center For Entrepreneurial Jewish Philanthropy as Senior Associate.