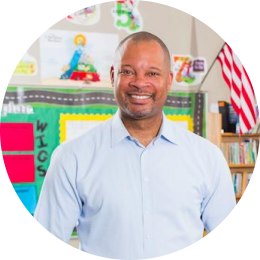 Aaron D. Ford is a former educator, an experienced attorney, and a dedicated public servant. During his first legislative session, Aaron served as Chair of the Natural Resources Committee, Vice Chair of the Education Committee, and as a member of the Judiciary Committee. After his first legislative session, Aaron was named “Rookie of the Year” by the Reno Gazette Journal and Freshman of the Year by the Las Vegas Review Journal.  He was also named Senator of the Year by the Nevada Conservation League.

Aaron was elected by his colleagues to serve as the State Senate’s Minority Leader for the 2015 legislative session, where he led the fight against extreme policies that harmed working families. After leading the effort to reclaim control of the State Senate during the 2016 elections, Aaron became Majority Leader. As the Majority Leader, Aaron led the effort to keep Nevadans safe and strengthen Nevada’s communities by passing legislation aimed at combating elder abuse, increasing transparency for big pharmaceutical companies, reducing recidivism and criminal-justice costs through improved educational, mental-health and substance-abuse programs, and increasing penalties for criminals who target our brave first responders.