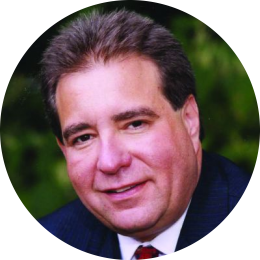 Russell F. Robinson has served as Jewish National Fund’s (JNF) Chief Executive Officer since September 1997.  Robinson has spent most of his professional life as a dedicated leader for the Jewish people.

Under his leadership, JNF has been instrumental in developing successful programs for Israel’s water crisis, Zionist Advocacy and Education, community development, environmental work, and the sustainable development of the Negev and Galilee, all of which play a significant role in the quality of life for all Israelis. Under his direction, JNF launched its $1 Billion Roadmap campaign and has become one of the most recognized non-profits for its work, business management, financial integrity, and volunteer involvement.  Robinson is featured in the best-selling management book, “The 24 Hour Turnaround, How Amazing Entrepreneurs Succeed in Tough Times,” and has appeared on TV, radio, and newspapers throughout the world representing Jewish National Fund.