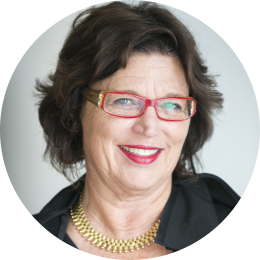 Founder and board chair of Artis

Rivka Saker is a philanthropist and art collector. Based in New York and Tel Aviv, she serves as a chairman of Sotheby's Israel, and the founder and board chair of Artis.

In 2004, Saker founded Artis, an independent nonprofit organization that aims to broaden international awareness and understanding of contemporary visual art from Israel. Since its founding, Artis distributed more than $1.35 million in grants for artists and exhibitions worldwide; presented and commissioned more than 100 public programs; hosted 16 research trips to Israel for international curators; and produced more than 20 videos highlighting the work of important contemporary artists from Israel.

Saker was born in Tel Aviv, Israel. She earned her bachelor's degree in Economics and Art History from the University of Haifa. Upon graduation, she attended Haifa's Technion Institute of Technology where she received her Master of Arts degree in Urban Planning. In 1982, Saker joined Sotheby's and established the first Sotheby's office in Israel. In 2006, Saker was appointed Chairman of Sotheby's Israel. She is also currently acting as a board member of Sotheby's Europe.