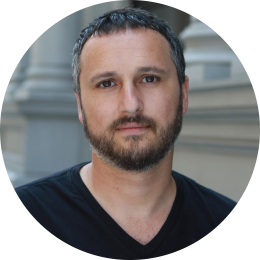 Ran Harnevo is the co-founder and CEO of homeis, a new stealth mode startup to be launched in November 2017. In 2007, Harnevo co-founded and served as CEO of 5min Media, the industry’s first online video syndication platform. After 5min Media was acquired by AOL in 2010 (for $65M), Ran’s vision became the cornerstone of AOL’s video strategy. Harnevo was the Global President of AOL’s Video division, from 2010 to Oct 2014. In that role Harnevo was overseeing the creation and production of high-quality original programming (getting 5 Emmy Nominations, and 1 Emmy award), while building Aol’s video tech stack and infrastructure (including the acquisition of AdapTV for $405M in 2013).

In 2014 to 2015, Harnevo was the CEO of Bkstg, a mobile platform with a mission to directly connect musicians and fans globally. Prior to starting 5min Media, Harnevo worked as a reporter and deputy editor at Tel-Aviv Magazine. Harnevo studied Philosophy and Computer Science at Tel Aviv University (but never graduated), after serving in the Israeli Air Force for seven years.