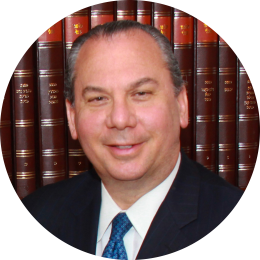 Founder and President of The Foundation for Ethnic Understanding

Rabbi Schneier is the 18th generation of a distinguished rabbinic dynasty. He is an international figure who is renowned for his innovative leadership in the promotion of dialogue and cooperation in intergroup and race relations. As a prominent leader of the Jewish community, Rabbi Schneier has emerged in the forefront of combating anti-Semitism and Islamophobia in the Jewish and Muslim communities around the world. He has served at the helm of the World Jewish Congress and the New York Board of Rabbis. Rabbi Schneier is the Founder and President of the Foundation for Ethnic Understanding of which Russell Simmons is Chairman. He is Guest Rabbi of the New Synagogue of Palm Beach. He has been honored by the United States Congress and the State of Israel as an advocate for human and civil rights and religious and ethnic tolerance.

A trailblazer in the field of Muslim-Jewish relations, Rabbi Schneier created and spearheaded the annual Weekend of Twinning’s of Mosques and Synagogues across the globe; annual meetings of the Gathering of European Muslim and Jewish Leaders (GEMJL) in Paris and Brussels; Mission of 28 European Imams and Rabbis to the United States (2009); Mission of European Muslim and Jewish leaders to Washington D.C. (2009) Mission of Latin American Muslim and Jewish leaders to Washington D.C (2012) and the Mission of Muslim and Jewish leaders from the Southern Hemisphere (2013) and the first Summit of Rabbis and Imams in New York (2007). He was appointed to the Steering Committee of the Kingdom of Saudi Arabia’s World Conference on Dialogue, convened by King Abdullah in Madrid (2008) and in Vienna (2009,2010,2012). Rabbi Schneier has also been appointed to the Executive Steering Committee of the Multi-Religious Campaign Against Anti-Muslim Bigotry in the United States (2010). In 2010, Rabbi Schneier served as the keynote speaker at the Doha Conference for Interfaith Dialogue in Doha, Qatar. In 2011, he was the first rabbi to be received in Bahrain, by King Hamad bin Isa Al Khalifa. In 2013-2014, Rabbi Schneier was hosted by Israeli President Shimon Peres, at his residence in Jerusalem; Palestinian President Mahmoud Abbas and Palestinian Prime Minister Rami Hamdallah, at their residences in Ramallah. As a keynote speaker at the 75th Anniversary of Kristallnacht in Vienna, Rabbi Schneier was received by Austrian President Heinz Fischer. In January 2014, he addressed the Italian Parliament in Rome, followed by his spearheading the meeting of GEMJL leaders with Council of Europe Secretary General Jagland in Strasbourg protesting a proposed ban on ritual circumcision.

His latest book co-authored with Imam Shamsi Ali entitled Sons of Abraham: A Candid Conversation about the Issues That Divide and Unite Jews and Muslims was published by Beacon Press/Random House in September 2013. His book Shared Dreams: Martin Luther King, Jr. and the Jewish Community, was published in 2000 which documents Dr. Martin Luther King, Jr. and his relationship with the Jewish community. In 2012, Rabbi Marc Schneier became a weekly religion columnist for The Huffington Post.

Born and raised in New York City, Rabbi Schneier is a graduate of Yeshiva University and currently divides his time between New York City, Westhampton Beach and Palm Beach.