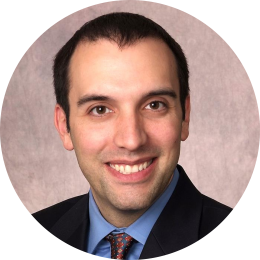 Rabbi Marc Baker has served as the Head of Gann Academy since June 2007.  A native of Lynnfield, MA, Marc graduated from Phillips Academy, Andover, and spent 11 summers as camper, counselor, and assistant director at Camp Bauercrest in Amesbury, MA. He received his B.A. in Religious Studies from Yale University, after which he received a Dorot Fellowship to spend the year working and studying in Israel. Marc spent four years living in Jerusalem and studying at the Pardes Institute of Jewish Studies. He received his M.A. in Jewish Education from The Hebrew University of Jerusalem and his Rabbinic Ordination from Rabbi Danny Landes, Director and Rosh Yeshiva of Pardes.

Before coming to Gann Academy, Marc served as the director of Judaics and Student Life at the Doris and Alex Weber Jewish Community High School in Atlanta, Georgia.  Marchas participated in the Day School Leadership Training Institute, a program of the William Davidson Graduate School of Education at the Jewish Theological Seminary and in Improving Schools–The Art of Leadership from The Principals' Center at the Harvard Graduate School of Education. In November 2011 Marc was among five Jewish educators in the country to receive The Pomegranate Prize. Marc currently serves as the Scholar in Residence of the Cynthia and Leon Shulman Acharai Leadership Program of the Combined Jewish Philanthropies (CJP). The program aims to develop a generation of Jewish leaders who are knowledgeable and passionate about Judaism, the Jewish community of Greater Boston, and the Jewish People.