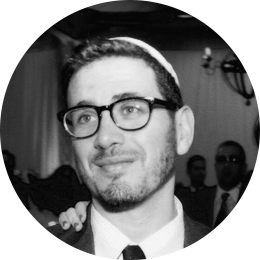 Rabbi Joe Schwartz is an entrepreneur in the Jewish space. He is in the process of building IDRA in Brooklyn, NY - a house of coffee and Jewish / Hebrew Culture that aims to recover the café as a home for the Jewish community. IDRA will serve diverse populations —  Americans and Israelis, singles and parents, young and middle-aged, Jews and non-Jews — and unite them in a shared conversation over Jewishness. It will serve the best of Jewish cuisine, feature regular learning groups, concerts, screenings, readings, discussions. It will host Shabbat and holiday meals. A new/old model of Jewish life, IDRA will be a spiritual home and intellectual center for American Jews and Israelis or anyone who finds themselves drawn to the complexity of Jewishness.

Rabbi Schwartz grew up in NYC and before becoming a rabbi was an attorney in private practice. He lives in Brooklyn with his wife and two children, whom they are raising speaking Hebrew.