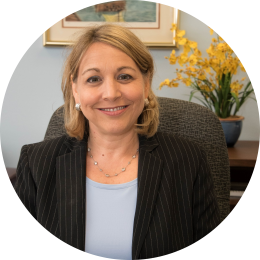 Center for the Advancement of Jewish Education, Miami

Rabbi Efrat Zarren-Zohar is the Executive Director of the Center for the Advancement of Jewish Education (CAJE- pronounced with a soft “c”) in Miami, the educational partner of the Greater Miami Jewish Federation.

CAJE serves 5 Markets—3 of which are the Jewish school systems of Day Schools, Congregational Hebrew Schools and Early Childhood Programs, to which CAJE provides cutting edge professional development for administrators and teachers, networking all the schools together for sharing of best practices. CAJE also serves the Adult Market with Judaic classes through Melton & More and the Teen Market with programs such as The March of the Living, a six month journey to prepare for a transformative experience in Poland and Israel, and The Diller Teen Fellows Program, which selects 20 students from Miami-Dade for a one year fellowship learning how to become leaders, how to create tikkun olam and how to connect personally with Israel and Jewish peoplehood worldwide.

Rabbi Efrat joined the CAJE staff in 1993 where she served in a variety of capacities, including working on teacher professional development, Israel education, and outreach to interfaith families. In 2002, she was formally designated Director of CAJE’s Department of Adult Learning and Growth, and in 2010, she was asked to serve additionally as a Regional Director (part-time) on the International Staff of the Florence Melton School of Adult Jewish Learning. Under Rabbi Efrat’s leadership, the Melton School of Miami was chosen from among 50+ schools internationally to receive The Florence Award for Outstanding School of the Year in January 2015.

Rabbi Efrat grew up in Belmont, Massachusetts and graduated with Honors from The University of Michigan, Ann Arbor, where she helped found the Reform Chavurah and then was asked to serve as the first Program Director at The University of Michigan Hillel. She went on to study at the Hebrew Union College-Jewish Institute for Religion, where she was ordained in 1992, following an additional year of study at The Hebrew University of Jerusalem. She worked for one year as an Assistant Rabbi at Temple Solel of Hollywood, Florida, before taking a position at CAJE-Miami.

Rabbi Efrat is married to Avi Rosenberg, a commercial real estate manager, and has one son, Matan.