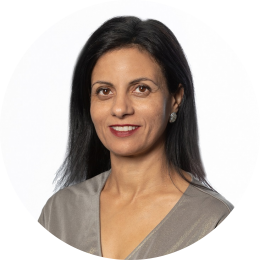 Prof. Yifat Bitton is a  legal academic and a social activist for equality. She is a Visiting Faculty at Israel Institute, Associate professor at Taub Center, NYU. and lecturer at the College of Management Striks Law School, Israel.

She holds a Ph.D. from the Hebrew University; LLM, Yale University Law School; A Visiting Researcher (Harvard University, Fulbright Fellow, 2005); she is Co-founder and chair of Tmura Bitton, and also works with the Israeli Clinical Center for Equality, where she litigates human rights torts case, which is a field-initiated by her for 20 years voluntarily.

For her long-lasting human rights work, Bitton has won myriad social and legal awards and prizes. Among them: The Alliance Prize for Education and Social Change, 2016; The Minister of Social Equality Award for Organizations Fighting Violence against Women, 2016 (Given to Tmura); "Honoris Causa" Award, the Israeli Bar Association, 2015; The Safra Award for Excellence and Contribution to Israeli Society, 2015. Nominated Forbes' 50 Most Influential Women in Israel, 2015; The Bernice Tennenbaum Prize for innovative feminist, The Hadassah Foundation, 2014; The Human Rights Activist Award, The London Human Rights Annual Dinner, 2014; Dafna Izraeli Fund's Prize for Israeli Feminist Leadership, 2013; Bitton was shortlisted twice for Israel's Supreme Court in 2018, making history as the youngest woman to ever appear on the list and the first woman of Mizrahi descent to appear on the list.