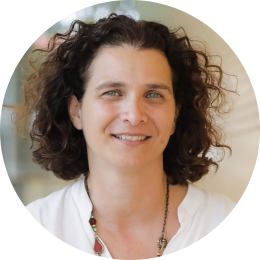 Professor Karine Nahon is an Associate Professor of Information Science in the Lauder School of Government and Ofer School of Communications at the Interdisciplinary Center at Herzliya (IDC) in Israel, the elected president of the Israel Internet Association (ISOC-IL), and an Affiliated Associate Professor in the Information School at University of Washington. She is the author of the award-winning book Going Viral 2013 and was named on TheMarker’s list of 100 most influential people in Israel and on Forbes' list of 50 Most Influential Women in Israel.

She works closely with civil society, along aside with government agencies to develop national policies regarding the information society, transparency and currently disinformation and elections. She plays an active role in civil society where she co-founded of the digital rights movement, serves as a board member of Wikimedia, and previously was a board member of the Freedom of Information Movement and of the Open Knowledge Workshop. Her public roles includes, among other things, representing Israel in the UN in the committee for science and technology, acting as a member of the Chief Information Office (CIO) Cabinet, serving as a member of the Beinisch committee which examined the election law (propaganda means), member of the supreme archives council.