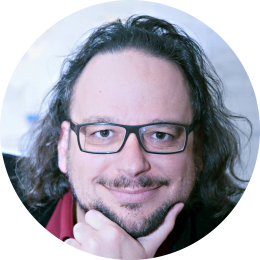 Chair of Linguistics and Endangered Language, The University of Adelaide, Australia

Professor Ghil‘ad Zuckermann (D.Phil. Oxford, Ph.D. Cambridge titular) is Chair of Linguistics and Endangered Languages at the University of Adelaide, Australia. He is a chief investigator in a large research project assessing language revival and mental health, funded by Australia’s National Health and Medical Research Council (NHMRC). He is the author of the seminal bestseller Israelit Safa Yafa (Israeli – A Beautiful Language; Am Oved, 2008), Language Contact and Lexical Enrichment in Israeli Hebrew (Palgrave Macmillan, 2003), and the first online Dictionary of the Barngarla Aboriginal Language (2017). He is the founder of Revivalists, a new trans-disciplinary field of inquiry surrounding language reclamation, revitalization, and reinvigoration. He applies lessons from Israeli (Revived Hebrew) to the reclamation and empowerment of indigenous languages all over the globe. In 2011 he launched, with the Barngarla Aboriginal communities of Eyre Peninsula, South Australia, the reclamation of the Barngarla language.

Professor Zuckermann is elected member of the Australian Institute of Aboriginal and Torres Strait Islander Studies (AIATSIS) and the Foundation for Endangered Languages (FEL).

He is President of the Australian Association for Jewish Studies (AAJS) and was President of AustraLex in 2013-2015, Australian Research Council (ARC) Discovery Fellow in 2007–2011, and Gulbenkian Research Fellow at Churchill College Cambridge in 2000-2004. He has been Consultant and Expert Witness in (corpus) lexicography and (forensic) linguistics, in court cases all over the world. He is fluent in 13 languages.